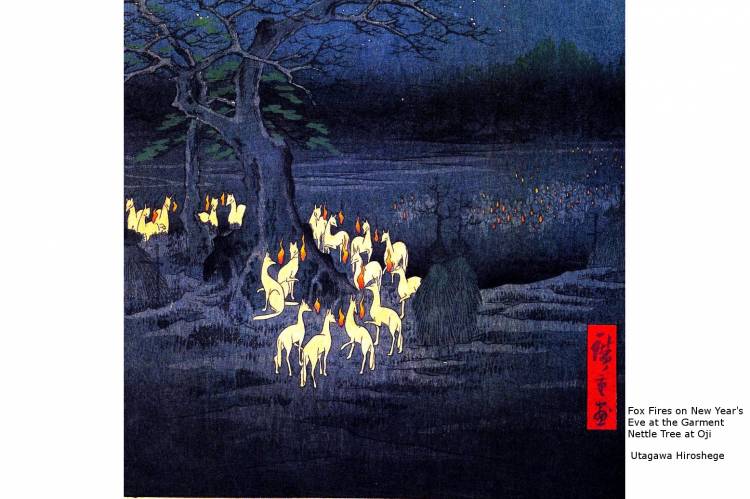 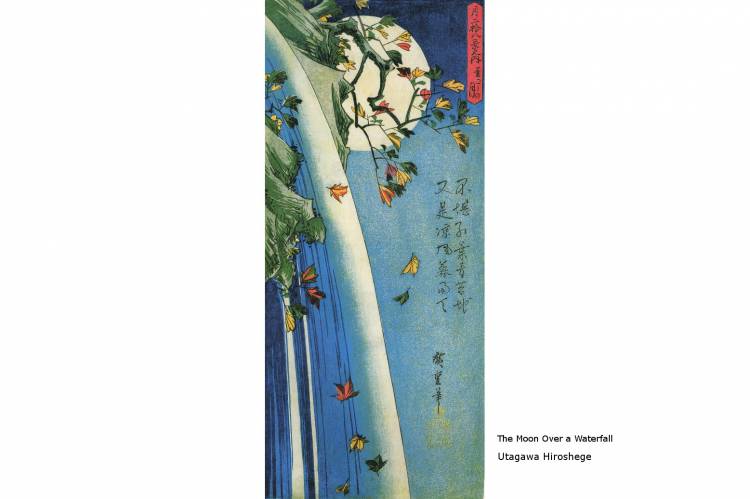 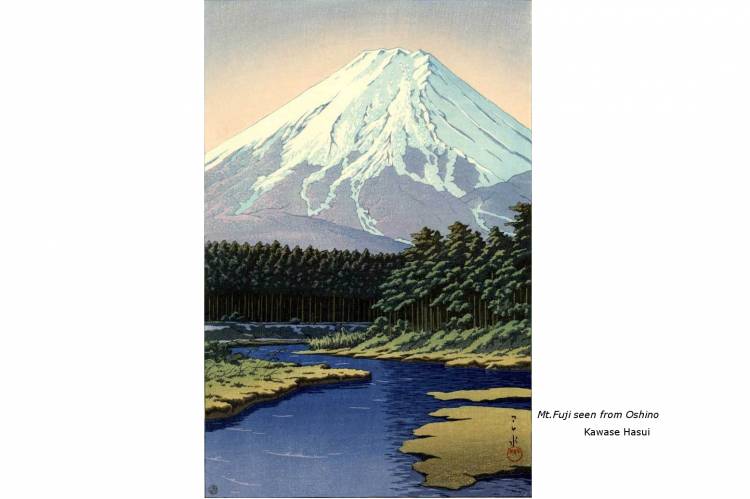 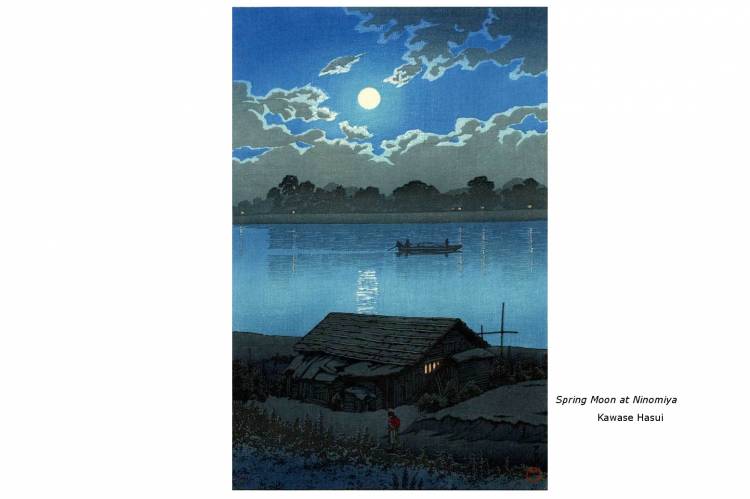 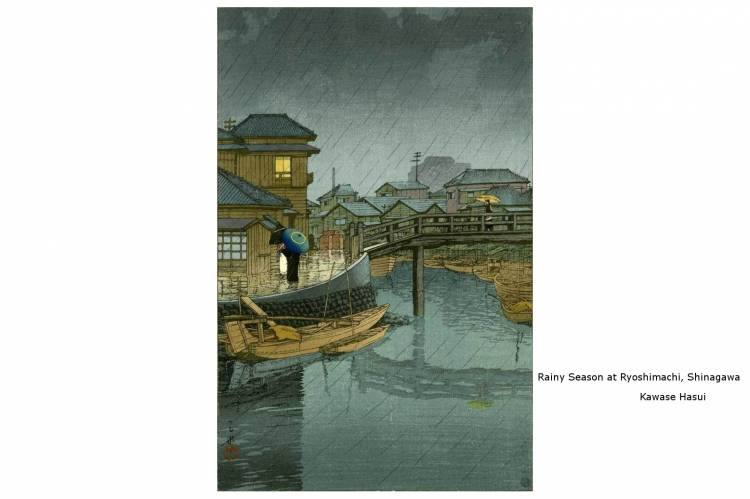 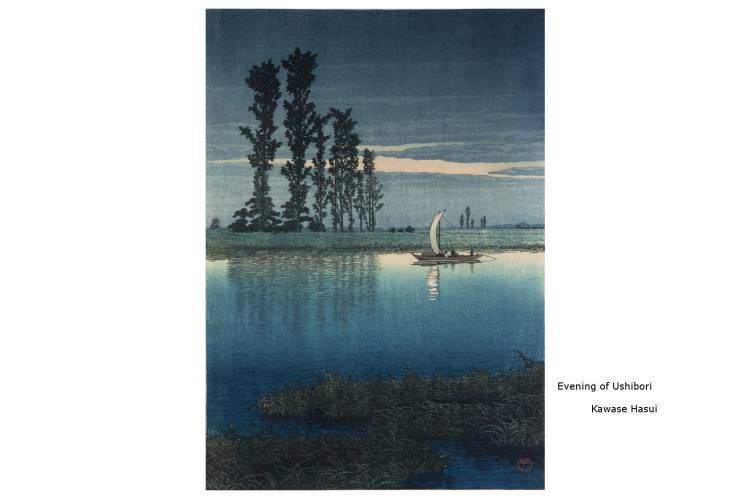 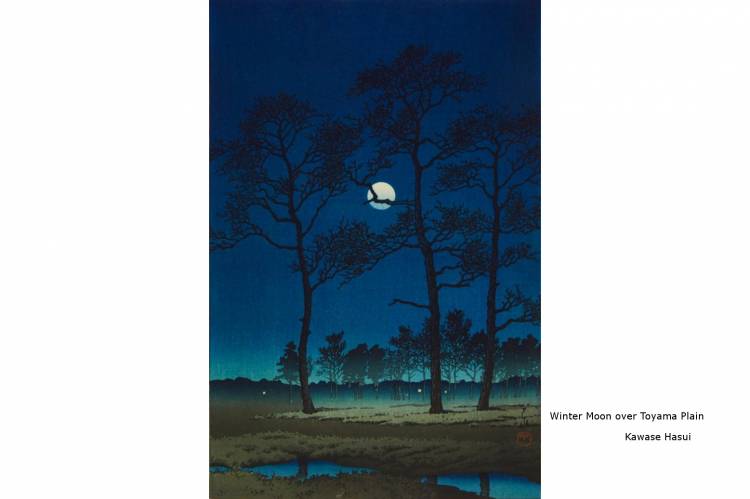 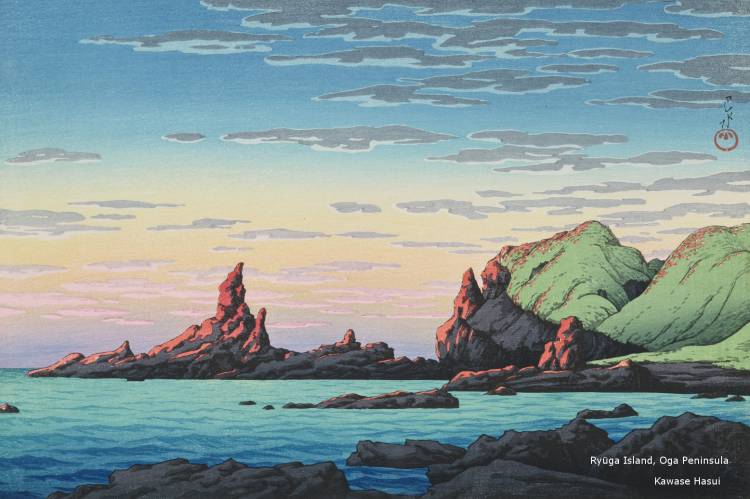 A few years ago Jeff and I viewed an exhibition of Japanese woodblock prints, or mokuhanga. The exhibition focused on Hokusai’s work. You may not be familiar with Hokusai, but you have undoubtedly seen his woodblock prints. He did the The Great Wave off Kanagawa, which is pictured below. 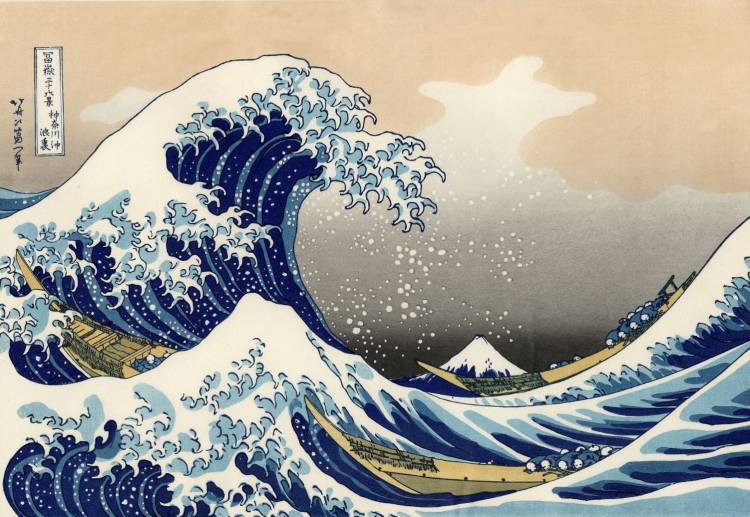 I have always admired the woodblock print artists of Japan, but I really hadn’t considered the detail of design and the amount of work that they require. The exhibition elaborated, in detail, how Hokusai accomplished his masterpieces. 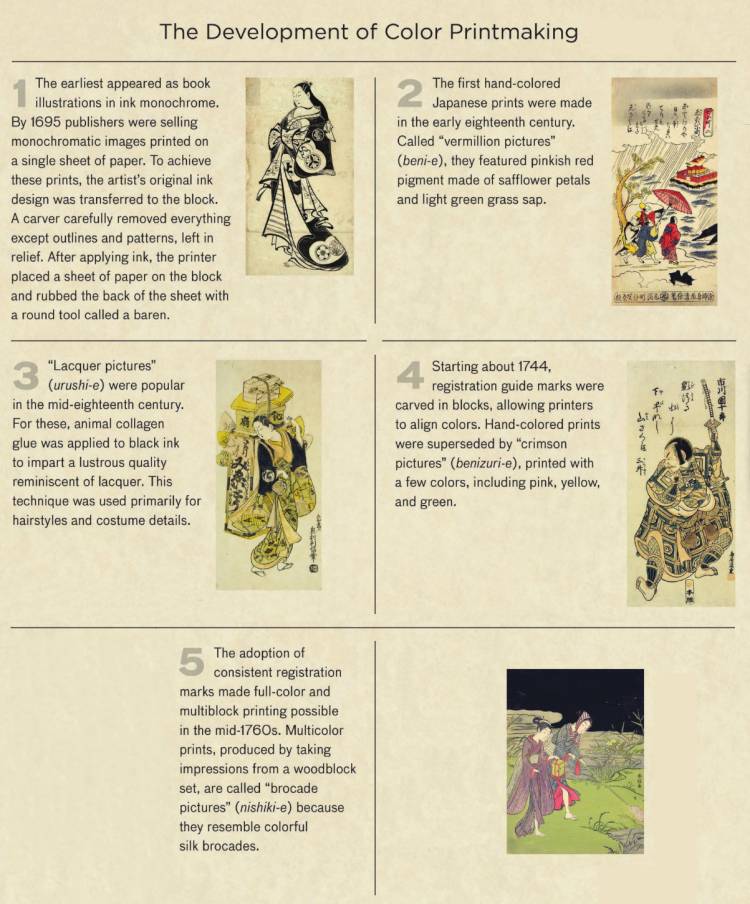 In addition to many prints there was also an exhibition of all of the woodblocks that were required to make a single image. There must have been at least fifteen woodblocks, each one carved as precisely as the next. Each of the woodblocks was infused with the color that it was used to apply. The incredible delicacy and subtlety of the hues and tones of their prints are achieved by careful selection of color for each block. The blocks overlap and combine creating nearly imperceptible color transitions in the final image.

I appreciate the artistic process. I don’t mean the subjective “inner” process. I am talking about the actual, physical process of manifesting an object. These woodblock prints required a mastery of both design and hand skills. The results are gorgeous.

There are several styles of woodblock prints, and they were created to serve various purposes; book illustrations, advertisements, décor, etc. The prints I am attracted to most are the land and seascapes. I have collected a few examples here.

Hiroshige was a contemporary of Hokusai’s in the latter 18th century. He is a favorite of mine; Nara’s too. You can see his influence in her work. There are several images of his work included. There are also several of images created by Hasui, who was active during the first half of the twentieth century. The subtlety and softness of his work gives me pleasure. Even when depicting a rain storm there is a gentle quality in his work. 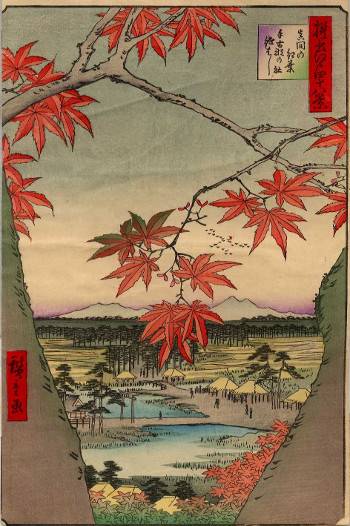 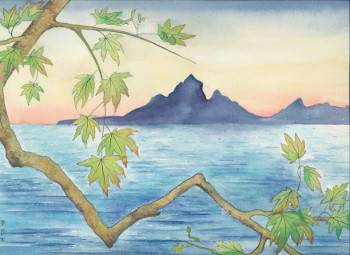 At left is Hiroshige's "The Maple Trees at Mama, Tekona Shrine and Tsugi Bridge". Below is Nara's "Issa's Inspriation". Hiroshige's influence is obvious. The use of perspective is one of the features I love about mokuhanga. You can see Nara's homage to the 18th century master in the foreground maple branch in both images.

Issa's Inspiration refers to Kobayashi Issa, who was an 18th century haiku poet; my favorite, in fact.