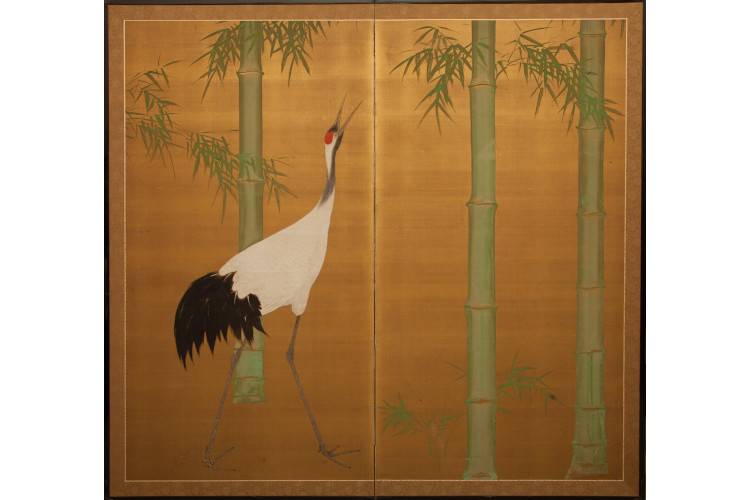 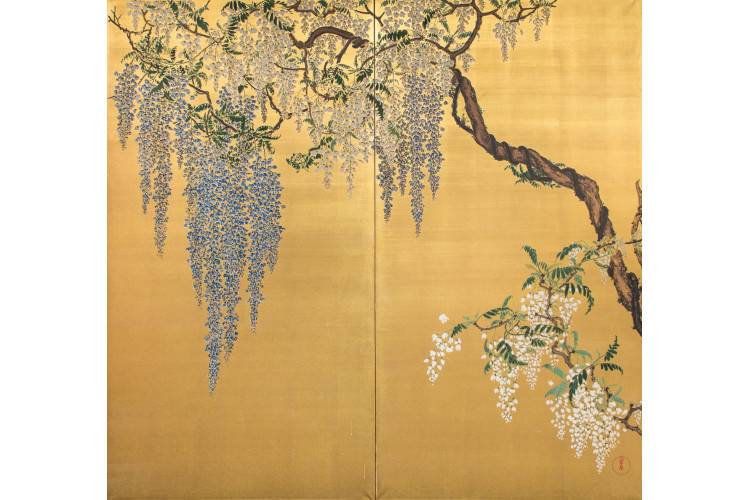 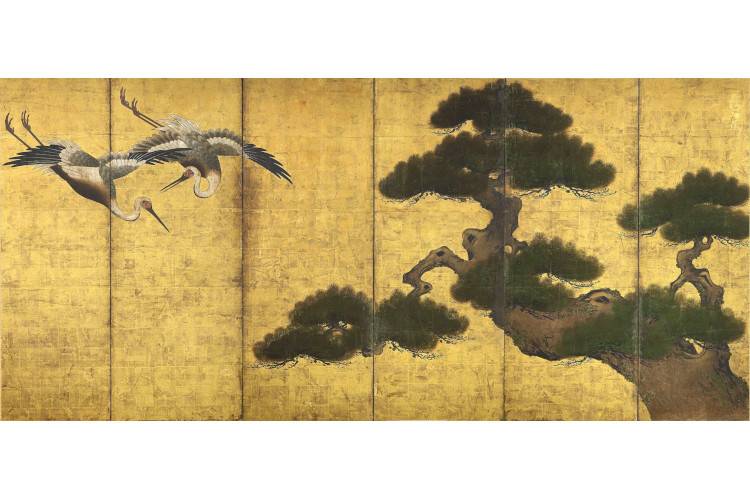 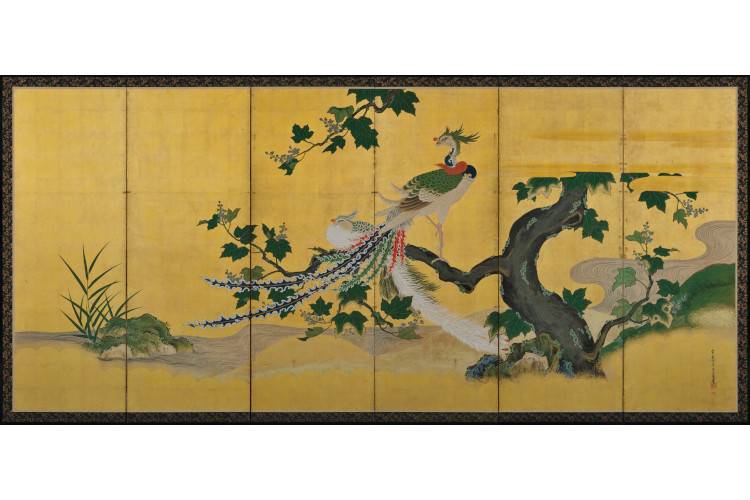 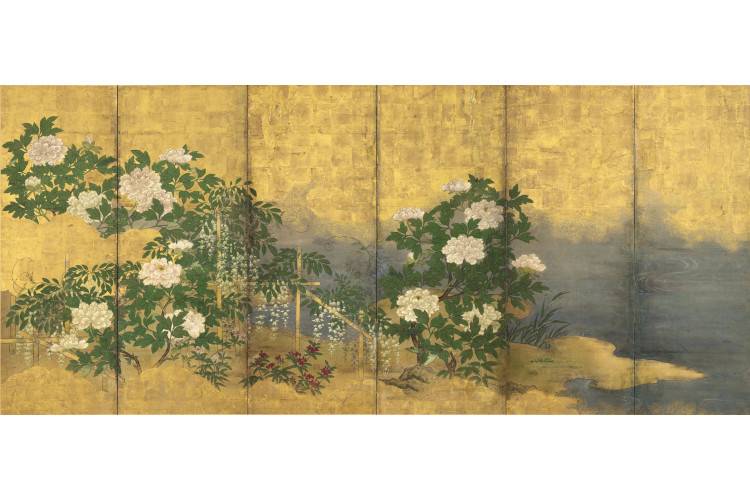 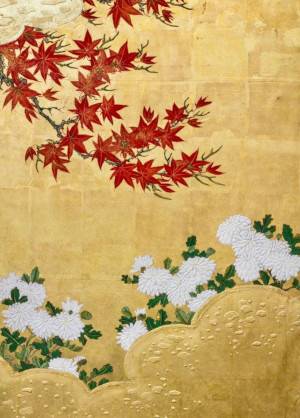 Anyone familiar with byōbu, or Japanese folding screens will see their influence in my work, especially what I have been doing this year. Byōbu were introduced to the West in the latter part of the 19th century when Japanese aesthetics and arts were taking Europe and the Americas by storm. Many of the impressionists works were heavily influenced by the art of the woodblock prints and folding screens of Japan. Take a look at Monet’s and Degas’ paintings. You’ll see it, as well as in the work of many others.

In my own case I have used elements of the folding screens for years, including ink and watercolor, calligraphy, and silver and gold leaf. These masterful creations caught my eye at an early age, and my enthusiasm for the exquisite design and execution of many practitioners of the form still inspire me. In fact, I don't remember a time in my life when the folding screens of Japan didn't foster an other-worldly vision in me. The subjects and contents of the screen paintings were ordinary; flowers, trees, birds and animals. But the presentation of these objects and scenes was mysterious and enchanting to me. Somehow they made a peony or a pheasant so much more exotic. Throughout my life they have never lost their charm, nor their ability to inspire me.

One of the things that I love about traditional Japanese folding screens is their combination of decorative art and landscape. The compositions are skillfully designed, using elements of nature that are stylized rather than realistic. They present a scene of various elements, loosely woven together with gold clouds or masterfully chosen negative space. The rest is left up to the imagination of the viewer. I find a correlation between that design sense and the art of ikebana where natural forms are rearranged by an artful hand in a way that invites the viewer to notice the beauty of the flowers in a different way. These screens are often large, offering a window into dream-like worlds.  I appreciate the skilled work that created byōbu, every aspect of them was considered, then put together with great technique for a flawless presentation.

Check out the slider at the top of this article to see more examples of byōbu.