Watercolor Paintings of Water and Its Inhabitants 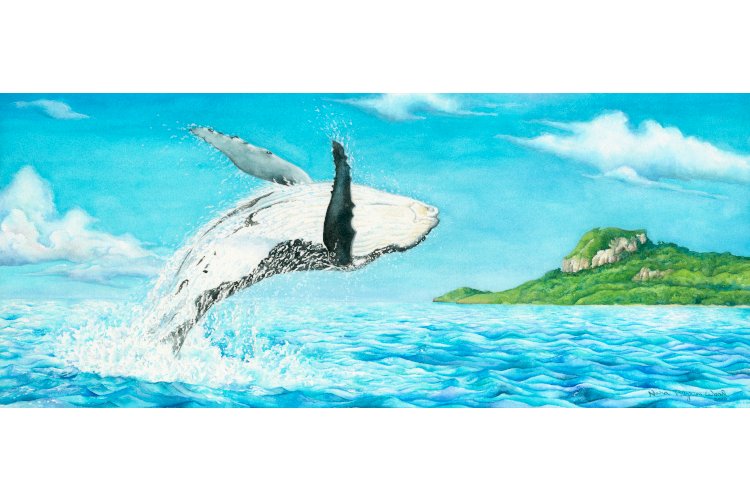 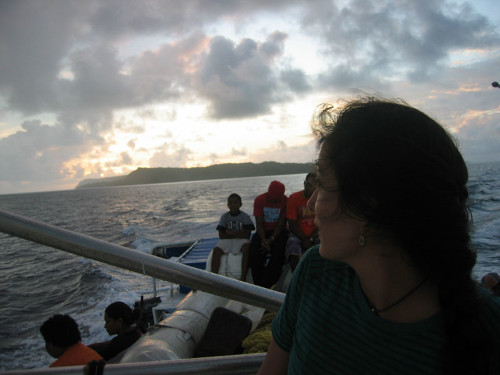 The boat was skimming across the water, moving through the open spaces of the channel. On either side of the small craft I saw giant coral heads rising up towards the surface, surrounded by schools of brightly colored fish. The water inside the reef of the small Fijian island was absolutely clear, a living palette of turquoise, sea green, and azure, with pockets of lavender.  As we traveled around the island each new point and cove brought delight to my eyes. I feasted on it, and my heart was full.

The quality of the water changed as we rounded the far side of the island. The blues turned deeper and the 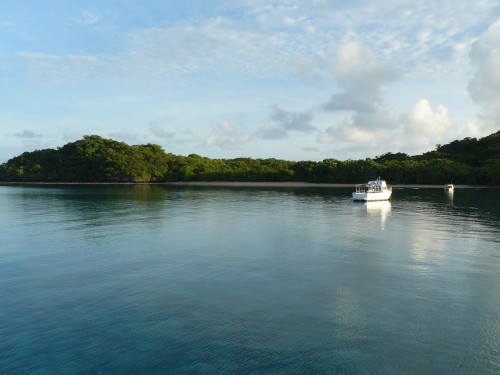 waves grew in size and crashed with force as they landed on the sand and against sheer rocky cliffs. I heard the sound of the large waves rolling in to meet the outer reef. I watched the curve of those waves, and thrilled at the dramatic finale of whitewater as each wave broke.  As the boat cruised in to a gentle bay with two protective tree-filled points at either end, the water was very still, so still that the fallen leaves floated slowly by, and the lapping on the shore was quiet yet continuous.

I have memories of water like this, many of them. I have 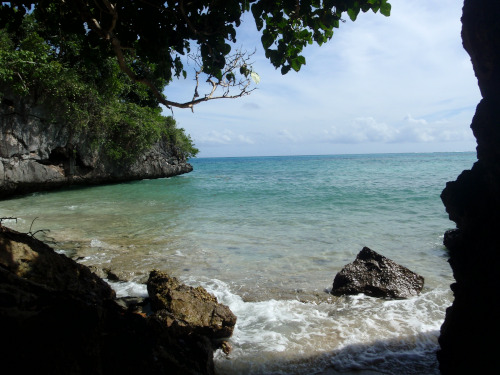 often lived by water, by the ocean, by rivers, by natural hot springs, by lakes and ponds.  From my earliest childhood to now, I have been attracted to water, intrigued by it, moved by it. I like to spend time looking at water, watching the way it moves. Invariably I notice the patterns in the water, or the patterns on the water as wind blows across it. Light on water, the dancing beauty of those two together, well, there’s just nothing better.

Bottoms Up - Planted in the Sand

I also know from personal experience the power of water, the force of it, which cannot be controlled or stopped. The first time that I experienced a “wipeout” from a wave I was 6 years old. I was body surfing with my friends at a beach on the southwest side of Kauai. The waves were pretty big at this nearly deserted wild beach. But I thought that I was getting the hang of it, catching the smaller waves closest to the shore. I had already glided in to the beach on these waves many times that day. Then seemingly out of nowhere the wave that I was going for rolled up much higher above me. I did not make it into the barrel of the wave or dive underneath it.  Instead I was pummeled by a huge crashing force as 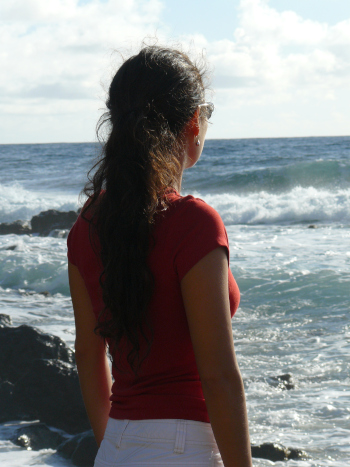 the wave broke directly on me. My arms and legs were useless as I was carried and spun around, and held underwater in a vortex. I did not know which way was up or which way was down, the disorientation was total. Somehow the wave pushed me into the sand headfirst, so that I was buried up to my shoulders. My friends were looking for me after the big wave. Moments later they spotted me a distance away, my small feet, legs and torso sticking up vertically above the water. As the water rushed back out I was able to pry my head out of the sand and stumbled up the beach while I breathed in gulps of air. As I was knocking the sand out of my hair and ears my friends ran up to me to see if I was OK. Seeing that I was intact, they told me about the hilarious view that they had just witnessed; me upside down in the sand. Within minutes I was ready to go back in and try for another wave. But a lesson was learned that day, never to be forgotten. It was of the immense force of the ocean, I had gained a real respect for the power of water.

Living and Working with Water

The first “Ah ha” moment I ever had as an artist was a painting from my memory of a wave breaking on a beach. It was the way that the wave came out that surprised me. It was better than I had imagined I could do, as if someone else had painted it. I was ten years old at the time. The moment the brush left the paper the wave was suddenly there. It was a mystery to me. 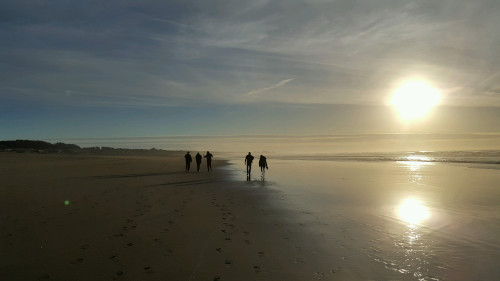 As an adult I leapt at the chance to live where land meets the Pacific in Bodega Bay, California. It was a choice to live daily with the ocean as an artist. I wanted to take in the sights and sounds and rhythms of those waters each day, and to use the time to paint. I walked on the long curved beach just below our house, my partner and I walked it each day. In the evening we watched the sunset over the water through large picture windows.  I took it all in, absorbing the spectacle, noticing the many details of my vision. Those observations informed my art. It was around this time that my watercolors had a breakthrough. I could now paint the ocean, water, with confidence, and from my imagination. I could paint it with great detail and control. I could see the patterns in the water clearly.

In the Pure Water Series I am celebrating water in all of its forms. The water is stylized, it is shown in a 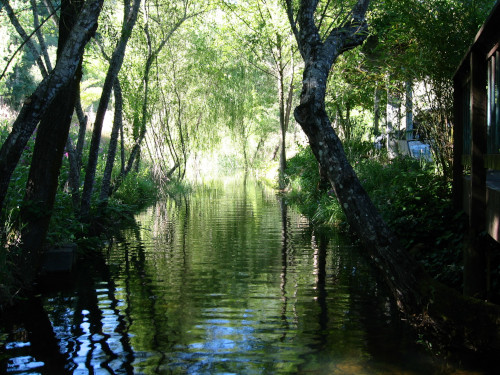 combination of natural representation and exaggerated patterns of form. These paintings are intentional compositions of water, land, sky, and animals. In the Japanese tradition of ikebana, these elements are arranged to feature and point out the beauty of the natural world. I play with the forms and highlight or bring them to the foreground. The composition of each painting is crucial; I look for balance and at the same time motion, with an eye to the interplay of the different elements.  I use bright tones of blues moving to turquoise and white for my water. I also use as lot of greens for the land near the water. Color communicates a lot, and quickly. For the water in this series I let the color be as bright and bold as it likes, rather than trying to keep the painting realistic.

The Pure Water Series is an ode to water, a song that I will continue to elaborate on. Water is a muse and source of inspiration for me, there is always more to observe and new ways to represent it. This series is also a feeling prayer for the life-giving waters of this world to be abundant, clean, and replenished. If you want to be near water but are not able to be there all the time, try hanging a painting of water in your home.