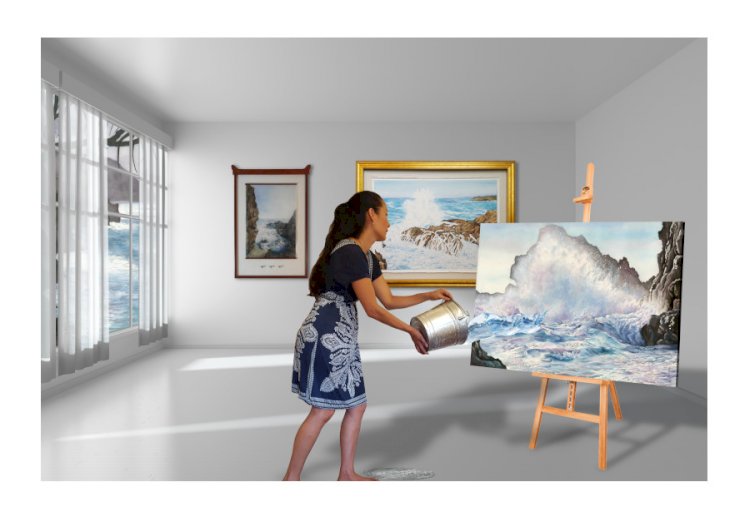 To Lie or Not to Lie 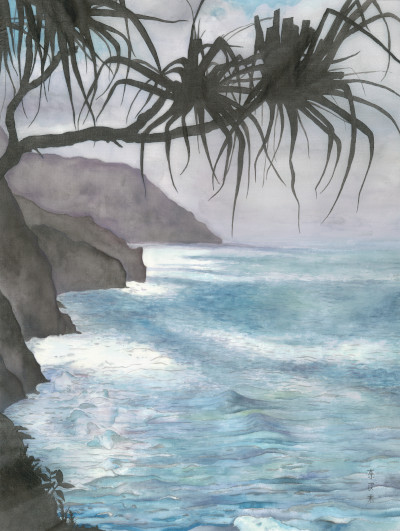 Do you have any friends who are artists? You might have had that kind of response when asked your opinion on one or another creative effort. It’s an uncomfortable spot to be in, having to feign enthusiasm for work that you don’t resonate with? Who hasn’t faced that conundrum in a “How do you like it?” moment? It’s an even thornier question if the work required great effort and time.

I’m grateful that I haven’t had to deal with this relational challenge with Nara. I’ve always liked her artwork, her choice of materials and how she uses them. And I like what Nara invokes in her paintings.

Nara doesn’t have a lot of philosophy about her work. She doesn’t have a lot of words. Some artists create narratives around their work. Not Nara. Her process is not intellectual. It is feeling. She is not thoughtful or complicated about it. She’s experimental, but she is not “striving” towards something. She simply goes where her imagination and life take her. Nara’s vision is clearly reflected in her work. It is not obscure. It is not hidden. She entertains neither self-doubt, nor self-exaltation. She does the work, and she enjoys it. That’s what I mean when I say she is not complicated. She doesn’t think about it all. She just does it. And her intention is always to make something beautiful.

Usually I feel confident in Nara's confidence in her ability to execute her vision with watercolors. I have a sense of how she does things, how she develops them, and I can see where a painting is going. But there have been a few times that I was doubtful of Nara’s ability to pull it off. “Rise and Fall” is the first painting that I remember feeling very concerned about. It is a painting of the tidal flow coming in through the rocks of the Sonoma coast.

Nara and I were sharing studio space, so I saw the development of the 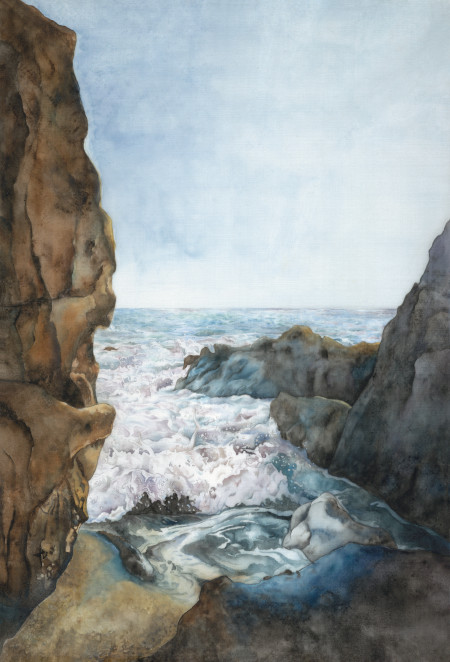 painting hour-by-hour. I knew the painting would be time-consuming and complex when Nara described her intentions. I knew it was ambitious. Watercolor is not a forgiving medium. You don’t get second chances with it. Plus, she was doing it on silk, which made the painting even more unforgiving. When you put the paint down there is no pulling it off or pushing it around. What’s done is done.

It took Nara about a month to complete the painting, and  when things were coming into their final form, the painting wasn’t working for me. I am hesitant to offer a review of anything that is not completed. I have had clients view works-in-progress and come away aghast wondering how that glob of red wax or the dull, oxidized hunk of metal was going to become beautiful. So, I tend to keep my opinions to myself while the piece is happening. But I was worried. Nara had spent so much time on the painting, had given it so much energy, and it was nearly done. I didn’t think it was going to make it. Now, I know that simply because I don't favor a painting, or anything else for that matter, it is not a measure of the value or success of the effort. It is just my point-of-view. That fact doesn't make it any easier to tell your friend that their effort doesn't make it for you. Anyway, I am terrible at faking enthusiasm. I can't fool Nara. 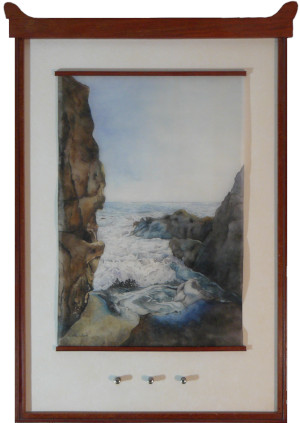 Then, on the day that Nara completed the seascape I walked over to her painting table and saw that the painting had been transformed in a moment that I hadn’t observed. I couldn’t even tell what had happened, but the painting was “popping”. The subtlest of shading, the addition of a nearly imperceptible color here and there…it was like watching Pinocchio come to life…magic!

I made a frame for the painting, and it was hanging in a show a few weeks after its completion. I like to spend a little time at shows anonymously standing close to Nara’s paintings so that I can hear the comments other artists and admirers make. Two women walked up to “Rise and Fall” and were examining it closely when I heard one of them comment to the other, “How did she do it?” I smiled and confessed to myself, “I don’t know.”

Then there was “Smithereened”. That was several years after “Rise and Fall”; another Sonoma coastal scene depicting a wave bursting upon the rocks. As Nara painted I thought to myself, “Oh man…how is she going to pull this off?” Once again, I kept my doubts to myself, but as the painting neared completion I worried again that it was not working. The crashing wave, the main element of the painting, appeared "flat" to me, lifeless, if you will. It was obviously finished, Nara said as much, just a touch here and there would do it. I left her to it thinking, “Well, it’s a nice painting, and Nara is pleased. It doesn’t have to work for me.

A short while later I checked in with Nara again. The painting had been transformed. Now the exploding wave was dynamic, full of depth and movement. This time I could see how Nara accomplished the transformation with the subtlest hues of lavender and the softest. slightest shading, the changes nearly imperceptible. But they brought the painting to life. 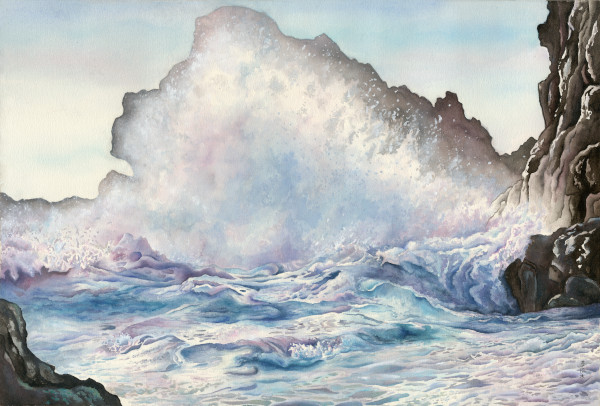 These paintings and many others have given me a look into and appreciation of Nara’s artistic process. How Nara sees things and her ability to make those things appear on silk or paper has become really interesting to me. It is so different from how I approach my work, and I never would have known if I hadn’t been able to watch for so long. Sometimes you have to look for a long time before you see what is happening.

Nara paints water a lot. She has a deep appreciation for waters, particularly the South Pacific. I share that love with her. I know many others do, also. I can see it in their eyes when they gaze upon her paintings. 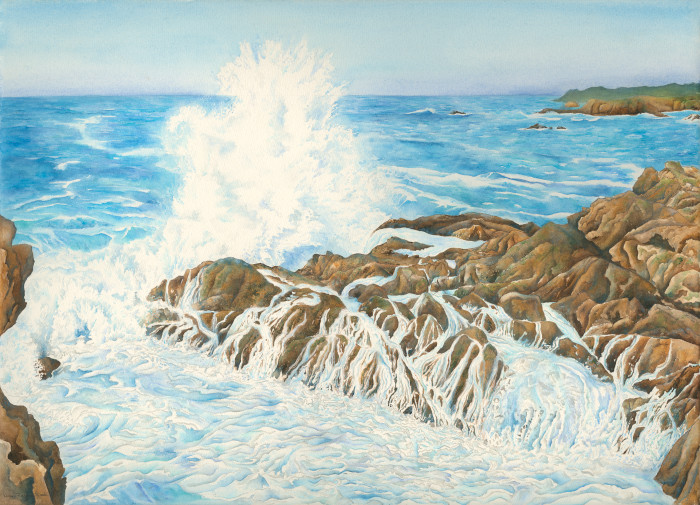