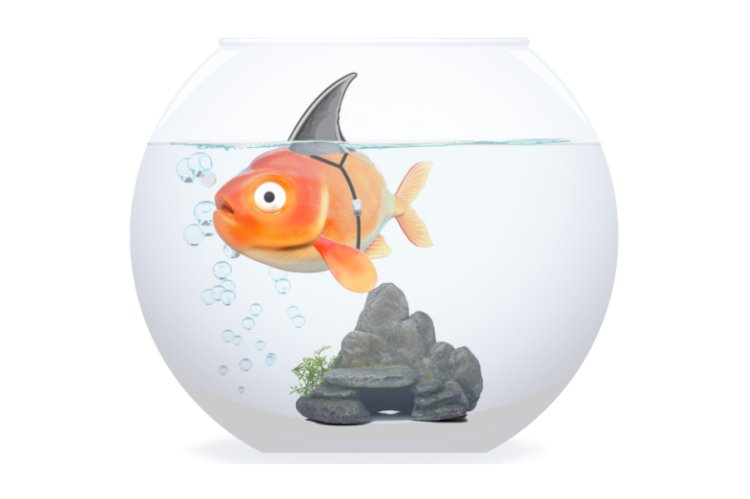 The Universe of Wooden Objects

I never had a thought towards making things with my hands. I never had a thought of becoming anything. I was, practically speaking, ambitionless. What I mean to say is that I didn’t see anyone’s life that I wanted to duplicate. I didn’t have a movement to become anything. I was enrolled at the University of Kansas in Japanese and East Asian Studies. Nevertheless, I didn’t have any goal in mind. I just wanted to learn about Asian culture.

Then, during my sophomore year my mother gave me a funky old square wooden dining table 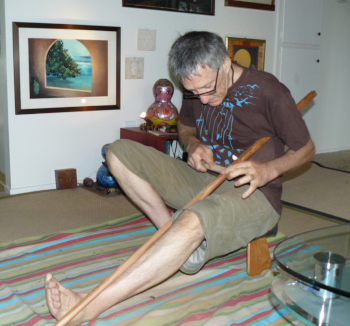 that she had picked up in a garage sale. It was covered with many coats of paint, so much so that the carvings in the legs and aprons of the table had nearly disappeared.

I had never done any woodworking. I never took any shop or art classes. But I have kind of a finicky nature, and I wanted to get all of that glopped-up, funky-looking paint off of the table. So, I went to the hardware store and asked them what I needed; paint stripper, sandpaper, brushing lacquer, and thinner. I put down and removed several applications of the stripper, scraping away layer after layer of old paint down to the bare wood until every fleck of color was off the table. I then proceeded to hand sand the table, which had been revealed to be constructed of oak, beginning with coarse paper and finishing with fine grit paper to give the wood a nice polish before lacquering.

I spent hours and days sanding that oak, folding the sandpaper and carefully sanding out each and every nook and cranny. Every detail of the carving was carefully smoothed until the surface preparation of the wood was perfect. During that process I became related to wood, intimately, for the first time. I don’t know how to characterize it other than, I hadn’t gotten “down into it” before. I hadn’t spent time looking at it closely, touching it, observing it, coaxing it. I found that, for some reason, I was attracted to wood.

It Takes Skills to Be an Imposter

So, I began to work with wood. I read about woodworking method and technique, but mostly I looked at objects and artifacts made of wood. I looked at design. I looked at the many objects that others had manifested from planks, billets, and veneers.  I carved, first with a knife, then with a mallet and gouges. I also designed and built tables and cabinets using the most extraordinarily beautiful woods that I could find. I felt that the wood, itself, was the most compelling component of what I did. I never really intended to be a woodworker. Nor did I ever become one, not really. I just worked with wood.

I remember an incident that occurred while I was still attending the university. There was an open art competition being sponsored by the school. Most forms of art and craft were accepted, as long as it was original work. I made two entries, a geometric sculpture and a coffee table.  I had a little shop in an artist’s enclave that I had helped to establish. It was called “The Casbah”. In addition to my wood furniture and sculpture there was a leather worker, a jeweler, potter, and a natural foods restaurant. 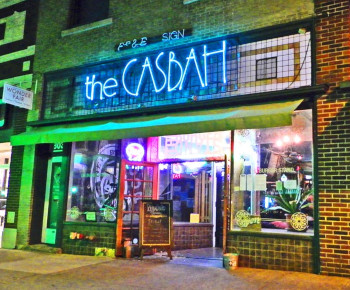 One of the jurors of the competition was a woman from an art school in Sweden. She wandered into my shop in The Casbah one morning  and introduced herself. She commented that she had seen my entries in the show and had liked them. I had just completed a coffee table using Brazilian rosewood for the tabletop. I sculpted the legs and rails of Honduras mahogany. The juror commented on the table saying that she liked it but would have used a lighter dimension of wood for the mahogany substructure.

She then asked me what art school I had attended. I replied that I had never attended any art school. Her face froze and she stared back at me for a few moments. Then she wheeled around and walked out of my shop without speaking another word.

I guess she thought I was an imposter.  I don’t know for sure, but I can imagine that she felt that an artist/artisan should have academic credentials, or at least some kind of formal training. Perhaps she felt that I had duped her into thinking that I was something that I am not.

Obviously academics put a lot of stock in credentials. Certificates and diplomas document achievements, and I had neither. I presume that the rosewood table was, in kind, also devalued in my juror friend’s eyes. 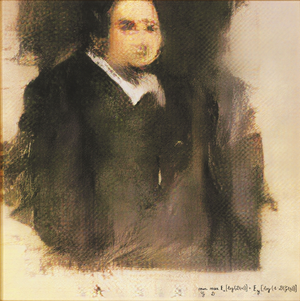 So, what is art and artisanship, and what has value? There are many authorities on the subject; lots of philosophy. I wouldn’t bother to bring any of it up, but the respected auction house “Christie’s” has recently auctioned off an artwork that was conceived of and executed by a computer. It is touted as the first AI-generated artwork. It isn’t, that’s just PR hype. But that fact doesn’t influence the buying public. The painting sold for $432,000. Jerry Saltz, art critic for New York magazine, reviewed the painting and the auction event. You can check out his article here.

Is it art? I don’t know. Who makes that determination?  I’ve listened to the experts, the critics, the curators, and the artists themselves. I’m not satisfied with anyone’s answer, and I don’t even have an answer.  But I can tell you one thing for sure. Christie’s is in the business of making money, not art, and they played this sale very well. But who would pay 400k for this, and why? Is this a masterpiece of contemporary art? Or is it an effort to create yet another market? Is it just merchandising?  Christie’s business is all about making investment opportunities (in the form of objects) available to wealthy collectors. That is what they do, and they are very good at it. But it should be noted that they aren’t in the business of bringing art to the world. Auctioneers and merchants are not the last word on what art IS, or even what good art is. However, they do know what will sell. 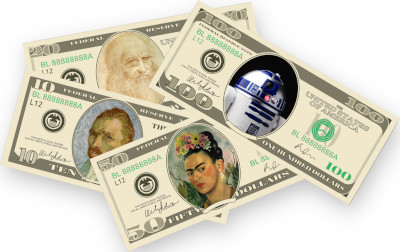 I can't tell you that Portrait of Edmond Belamy is not art. As in all things, that is up to you to determine. But to me it seems more like an "idea" than art. Perhaps that is where its value lies.

The world of art is just as crazy as the rest of the world, and more arbitrary. I imagine that we have never heard of most of the great artists. Most of them were not working for commercial purposes. Their work was not made to be sold. Only recently did art become something of commercial value. Artists' of old intentions were elsewhere. Some of the greatest work I have seen was never signed, and until recently never seen or sold. Himalayan monks created some of the most beautiful metal sculpture ever produced by hand. Who knows their names? What was their motivation? Did their motivation, their inspiration, contribute to the power and beauty of their work?  For me, it did. But that’s just me. I don’t expect you to see things the way that I see them. Remember, I don’t have any credentials, whatsoever. I am definitely not an authority. The only authority I have is the same authority you have. I know what I like, and I know why I like it. It's up to each of us to determine what is shit and what is shinola.