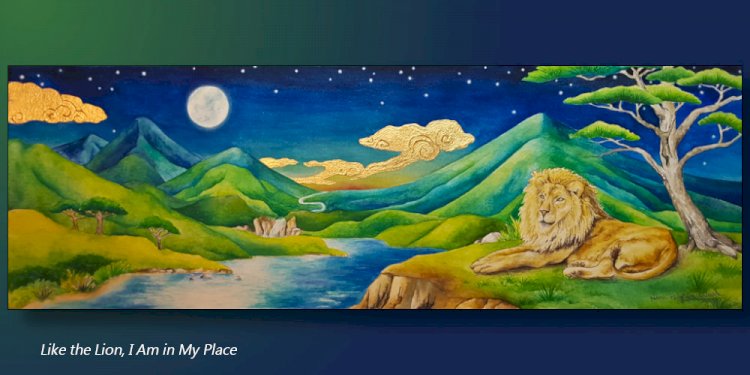 There's a remembered place…remembered places. You may have felt the sense of it, possibly after waking from a dream. In the dream you recognized it, knew it was familiar; knew that it was a “somewhere” you had visited before. Or, perhaps you caught a glimpse of a luminous, color-filled world in a momentary break from your usual perception, a time alone in a wild landscape, or with the help of meditation, mushrooms, or just the right music. You may have an awareness of a place of exquisite beauty, of peace, where beings are happy, always happy, and where there is “no problem”, “no fear”. Likely it is a time and place that is connected to your childhood, you know,  before the ideas of “what is” became concretized, when the boundaries between what is real and what is imaginary were not so sharply defined.

As I was completing my latest painting, Land of the Lion Sutra, it became obvious that, though I was seemingly painting from my imagination, I was, in fact, painting a place that was not unknown to me. And it wasn’t just the intuition or “feeling sense” of it. There was a recognizable visual aspect to what I was painting. It was not an intentional act. I didn’t have this visionary world in mind as I painted. It was simply revealed in the process of putting color to paper.

These two most recent paintings represent a different and new direction. Both paintings are done in the same proportions I have been doing most of my paintings in for the last couple of years, but I decided to turn the narrow rectangle on its side, giving me a horizontal rather than vertical canvas. That gives me room for a much broader landscape, and I have been enjoying the new “vastness” of sweeping panoramas immensely.  There’s lots of room for mountains and valleys, rivers and streams, and a great expanse of sky; clouds, suns, moons, and stars.

In my contemplation and imaginings of new subjects and possibilities I have also wondered what I might call this new series of paintings, and as I was completing “Land of the Lion Sutra” it came to me. 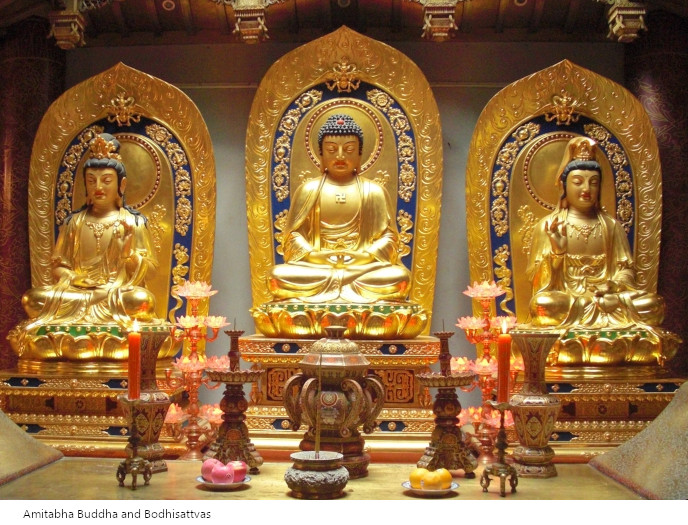 I was named by my spiritual master before I was born. Alluding to my Japanese ancestry He gave me the name “Nara Pilgrim”. However, that was not the only name He proposed for me. At the time of my naming my gender was not known, so Adi Da suggested an alternative name if I had been a boy; “Pure Land”. I never heard what He said about this other name, but it was beautiful and memorable to me. I later learned that the Pure Land is a celestial place of Amida or Amitabha , the Buddha of light. Pure Land Buddhism is a form of Mahayana Buddhism. As I was putting the final strokes on “Land of the Lion Sutra” the series named itself - Pure Land.

I never know exactly where I am going when I head off in a new direction. I just know, this time, that it is horizontal; places of abundant color, places of equanimity. You know, the places where you thrill with excitement and relax into peaceful serenity all at the same time. I’m also contemplating the creatures that I would like to populate these lands with. Horses, for sure. Probably deer, also. I really enjoy quail, and monkeys are so interesting and expressive. Other big cats of various stripes and types, I think. The only requirement…all must be peaceful.

I can’t wait to see what happens next. 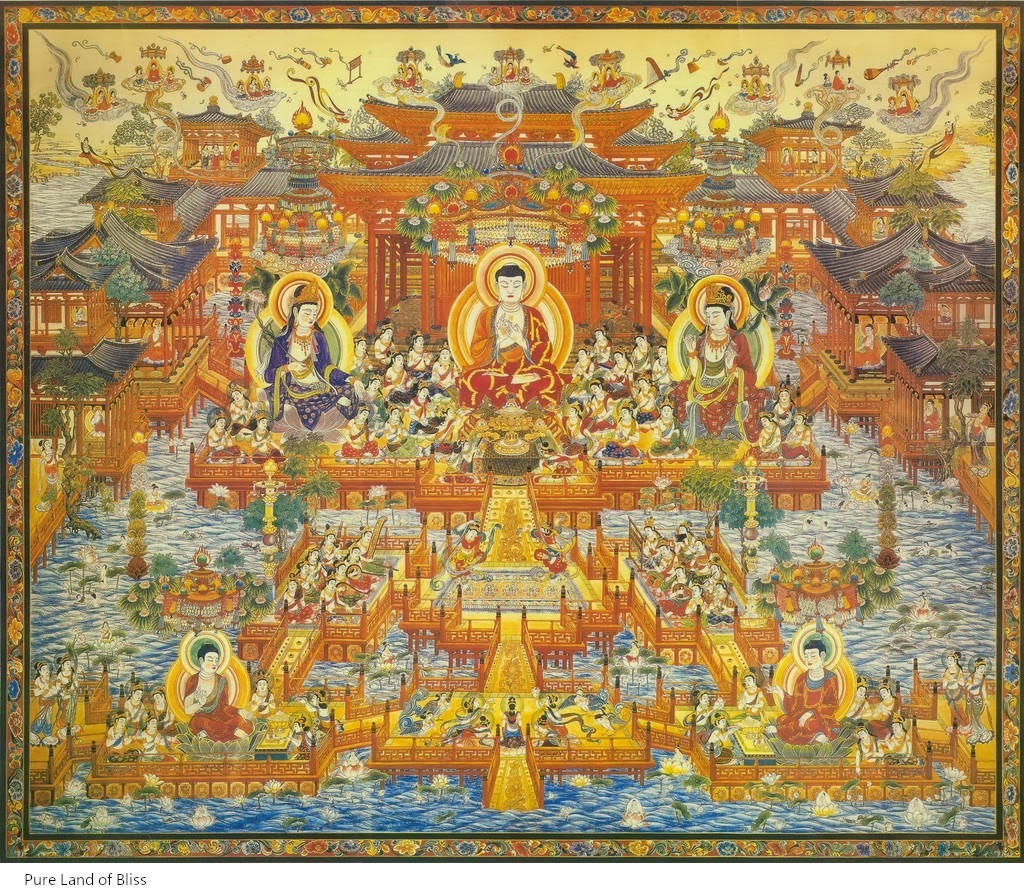 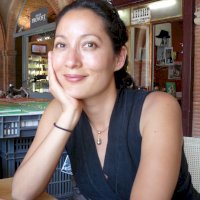 Jack Irons - Rhythm of the Rhythm

What is your favorite Scroll Pendant?